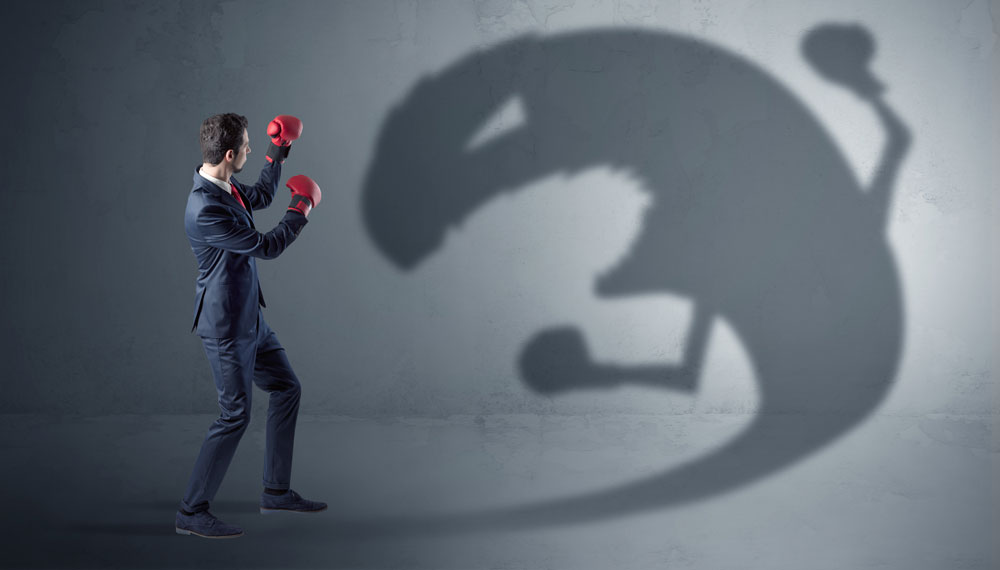 In a previous blog I outlined the process by which Biofeedback training takes place. In another blog I identified how Biofeedback training was used in conjunction with other therapeutic techniques to address a patient with a traumatic car accident that brought about the avoidance of driving a car. In this blog I want to address the treatment of anxiety with a patient who presented with a fear of germs.

The GP referral simply stated "patient is anxious. Please provide treatment for his anxiety" This patient was a 19 year old male. He stated at the initial session that he was embarrassed to tell me that he had a fear of germs. He indicated that he wore socks on his hands at home (not gloves as cloth gloves could not be thoroughly washed down at the tips of the fingers - socks could) so that he could touch objects in the home. He also described a very regimented cleaning program that he carried out on his room (XBox controls were subjected to antiseptics 6 times a day) along with surfaces throughout the house. If all this wasnt bad enough, he stated that he was having trouble attending University because he was fearful of the embarrassment that the socks on his hands might create. He reported that as he approached the University he felt that he struggled to breathe and he felt a tightness in his chest. At its worst, he thought he was going to have a heart attack. His attendance as a result was dropping off. He was on the verge of failing at University. This, for a very bright young man who had always excelled in academic environments, had eroded his sense of self worth and self confidence. He also reported that he had trouble sleeping because of constant thoughts (he couldn't turn his brain off) and he was only getting between 3-4 hours of sleep a night.

A phobia is a form of anxiety defined by a persistent and excessive fear of a situation or object. The symptoms relating to his anxiety that he described are very common as is the sleep disturbance due to ruminating thoughts.The treatment for this type of anxiety is similar to the one outlined in the car trauma blog. The initial phase of the treatment was identical to that of the car trauma victim. Education in what anxiety is, introduction to the Biofeedback system and using a meditation CD in between sessions.  As his confidence grew regarding his skills to regulate his anxiety, CBT sessions were introduced to explore the negative cognitions and triggers that brought about his anxiety. When he was ready, during the session he was asked to open my office door with his bare hand (he had been using the sleave of his jumper or shirt to this point). He was able to do this and then went on to open the door of the medical clinic as he went out. He smiled as he left the office. He had been seen for a total of 7 sessions at that point. There were three follow up sessions where he indicated that he had returned to his studies and normal sleep patterns.  He was still using the CD periodically to help with sleep and still slightly obsessive with the cleaning at home, but he was looking into reducing this behaviour.